Questions About This Property?

If you’ve been considering living in Renton, Washington, you may be wondering what this community suburb South of Seattle is really like. Located at the South End of Lake Washington, Renton is a city unto itself, although it blends seamlessly into nearby areas like Tukwila, Burien, and Bellevue.

Join real estate agent Emily Cressey to see the sites in Renton, WA and get an idea of some of the fun things to do in Renton, Washington, as well as what it’s like to live in Renton.

See What It’s Like To Live In Renton, Washington

One of the nice things I’ve noticed about Renton, WA is that real estate here tends to be relatively affordable compared to other areas in Seattle and Bellevue. In looking at real estate prices across the Puget Sound Area, the “East Side” near Bellevue tends to command the most premium prices. Seattle has historically been very strong as well, especially north of the downtown core, and to some extent the South End is overlooked. Now areas like Rainier Beach, Beacon Hill and Renton are starting to get more attention as affordable housing near Seattle contineus to be scarce.

Let’s Look At The Current “State Of The Market” Together

However, the only constant is change, so we can take a look at it (whenever you’re reading this article) and see which areas have the strongest performance and appreciation. (I have a subscription service to track this with heat maps, I can’t publish the data, abut we can discuss the findings).

Fun Things To Do In Renton, WA

There’s plenty to do in Renton, WA and this area combines an “older” downtown section near the freeway (currently getting a face lift) with small apartments, older homes, the train track and great freeway access. Many shops in this area are walkable and you may even see the historic Renton movie theater.

Near Lake Washington, there is the Renton Landing which is full of newer, modern shopping and across from a large Boeing office center… (although word is Boeing is going to be vacating some of this space). There’s also the Gene Coulon Memorial Park on the Lake Front, with boating, walking and a few restaurants. There are many hotels in this area, so if you’re visiting Renton, WA; you should plan to stay here.

Folks living in Renton know what a blessing it is to be so close to the water. NOt only do we have Puget Sound to the West, but we have the large Lake Washington spanning most of the metro area and dividing the cities of Seattle and Bellevue.

Lake Washington is huge and, although the water is cold, it is popular for boaters, fishermen, water skiiers, and you’ll even see float planes take off and land from time to time. If you keep a boat at home on a trailer, you can bring it here to Gene Coulon park and put it in the water for a day of fun and fresh air. If not, you can come take a walk and enjoy the spectacular views (good even on the cloudy March day I was filming) to get a feel for what the area is really like.

Luxury Home Sites In Renton, WA – Look At That View of Lake Washington!

If you’ve been considering luxury real estate in Seattle, you may have been wondering if you could really “have it all – a great view of the water, and a convenient location as well.

When I was driving north along the Lake from Renton, up on the ridge I saw lots of new construction going on. For about $1.3 million (at the time of this writing…) I saw a recent construction home with a great view of the water and 5-bedrooms and an office… over 3,000 square feet. Renton certainly has a lot of value to offer for the “price conscious” luxury shopper.

Take a Look at the Luxury Homes Currently Available in Renton, WA.

If you’re not thinking of living in Renton, necessarily, but investing there instead, you may be asking yourself, “Does an investment in Renton, WA make sense?”

I was just on the phone last night with a client who is looking for a tri-plex or four-plex (quad-plex?) in South Seattle. These types of properties can become a great investment if you know how to find them, fix them, and manage them.

While most property in the Seattle area doesn’t have very strong cashflow (4- to 6-Cap Rates are common here), you can occasionally find a good deal in Renton, WA. There are many older homes and small apartments and if you’re willing to do some fix-up work, you could potentially create some instant equity for yourself in an Renton investment property.

Click this button to take a look at investment properties available in Renton, WA.

I had another client who wanted to buy a larger house and sub-divide it into smaller units, essentially adding a Mother-in-Law unit or “ADU” (Accessory Dwelling Unit) so he could live in one part and rent out another part.

We found several properties for sale in Renton where this was already going on. If you want to buy something with an ADU to rent out, I can help with that. However, we found in his case that Renton had a requirement that the owner live in the property along with the tenant (you couldn’t rent out both units as you could with a legal duplex). We did research on several other municipalities and found this to be the case in most places, but not everywhere. If you’re interested in exploring developing an ADU or taking over an existing one, let me know and we’ll help get you started on the right track.

Can We Help you Find A Renton Home You Love?

If you think Renton is right for you (or at least a “maybe…”) we can help you get more information on the neighborhood – including statistics, real estate market trend data, videos of the streets and videos of the houses as well. This is especially useful if you’re relocating to Renton, WA from out of town and aren’t familiar with the area.

Homes For Sale In Renton, WA

Fill out the form below and let us know what’s on your mind!

How Can We Help You?

We would love to hear from you! Please fill out this form and we will get in touch with you shortly. 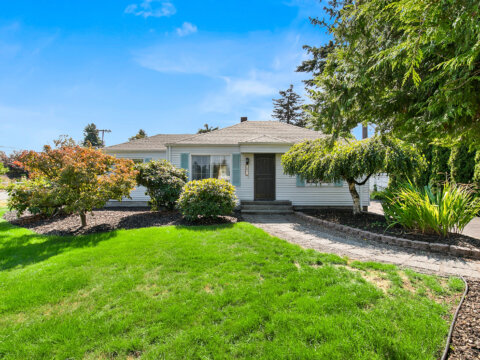